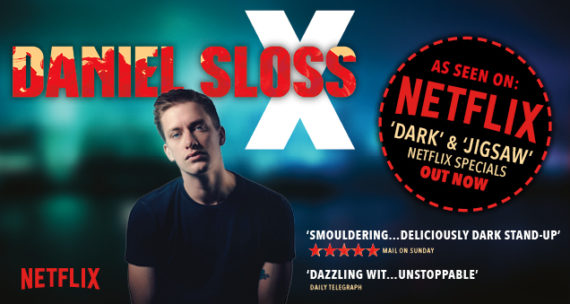 ‘Daniel Sloss: X’ – after the success of his two Netflix specials ‘DARK’ & ‘Jigsaw’, this is the new smash-hit show.

He has performed on ‘Conan’ (a record 8x), sold out his shows across 11 consecutive Edinburgh Festivals, starred in 4 solo seasons in New York’s off-Broadway (including 30 performances in February) and received rave reviews from around the globe.

‚Hilarious… Devastatingly intelligent… Sloss is a festival highlight. See him!’